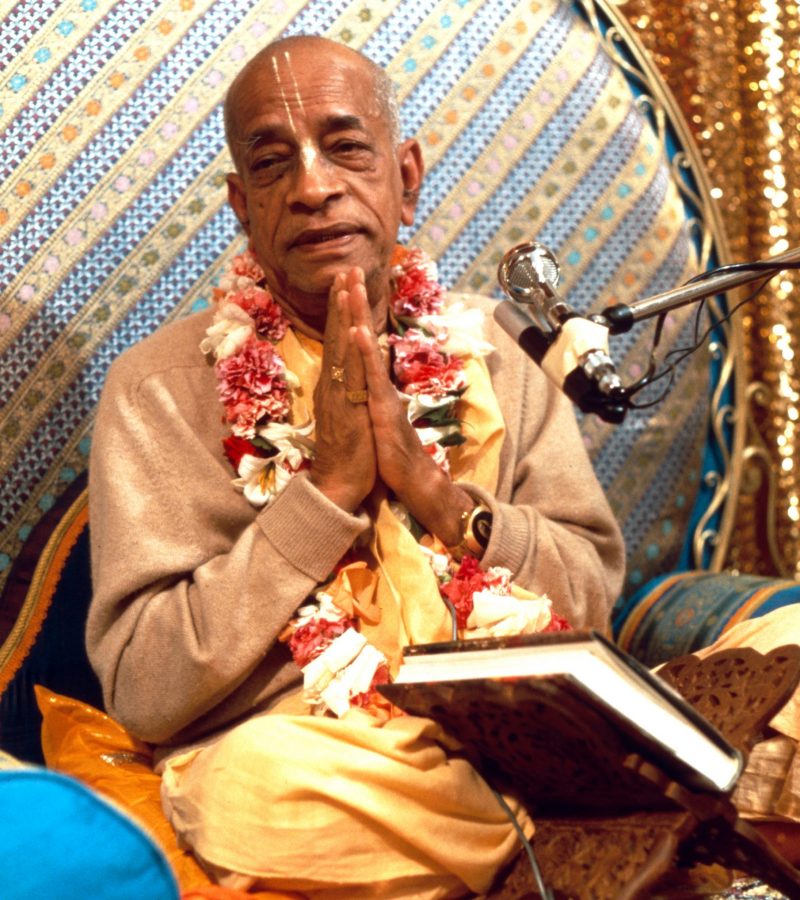 If you want to learn this Krishna consciousness movement, we have got enough books. You can scientifically and philosophically study. 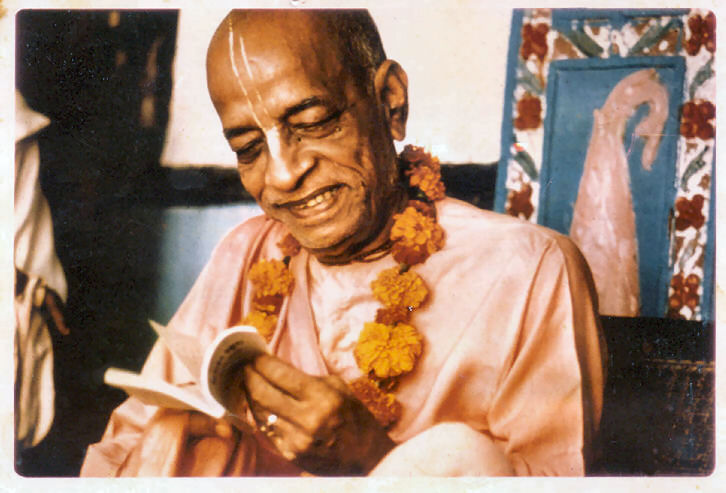 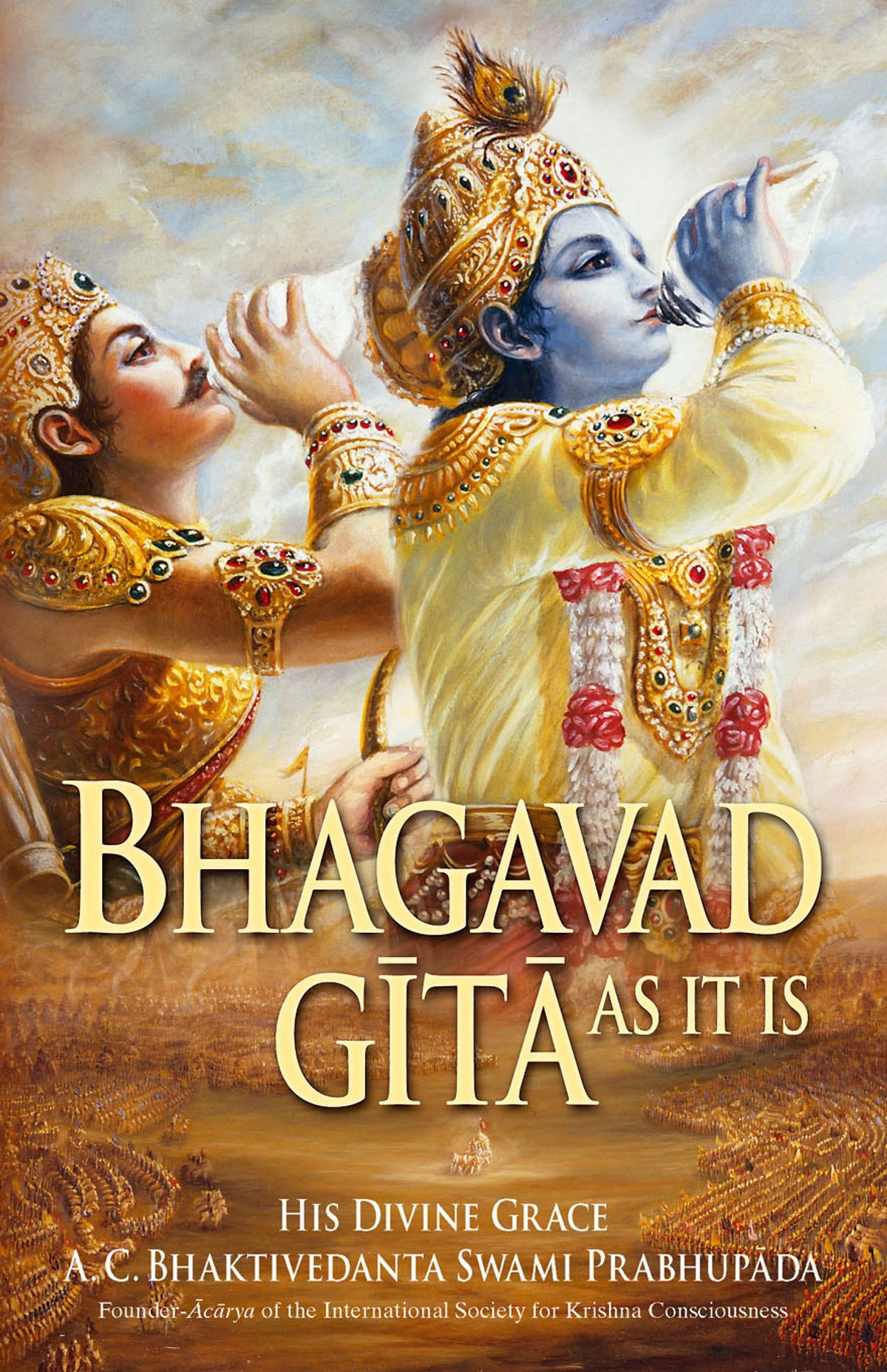 The Bhagavad-gita is the main source-book on yoga and a concise summary of India’s Vedic wisdom. Yet remarkably, the setting for this best-known classic of spiritual literature is an ancient Indian battlefield.

The largest-selling edition of the Gita in the Western world, Bhagavad-gita As It Is is more than a book. It is alive with knowledge and devotion; thus it has the power to change your life for the better.

Bhagavad-gita is knowledge of five basic truths and the relationship of each truth to the other. The Gita lucidly explains the nature of consciousness, the self, and the universe. It is the essence of India’s spiritual wisdom, the answers to questions posed by philosophers for centuries.

“When doubts haunt me, when disappointments stare me in the face, and I see not one ray of hope on the horizon, I turn to Bhagavad-Gita and find a verse to comfort me; and I immediately begin to smile in the midst of overwhelming sorrow. Those who meditate on Gita will derive fresh joy and new meanings from it every day” – Mahatma Gandhi

The Bhagwad-Gita is universally renowned as the jewel of India’s spiritual wisdom. spoken by Lord Sri Krsna, the Supreme Personality of Godhead, to His intimate devotee Arjuna. the Gita’s seven hundred concise verses provide a definitive guide to the science of self-realization.

His Divine Grace A.C.Bhakti-Vedanta Swami Prabhupada, the foremost Vedic scholar and teacher of recent times, represents an unbroken chain of fully self realized spiritual -masters beginning with Lord Krsna Himself. thus unlike other editions of Gita, this conveys Lord Krsna’s profound message as it is- without the slightest taint of adulteration or personally motivated change.

“in the morning I bathe my intellect in the stupendous and cosmogonal philosophy of the Bhagavad-Gita, in comparison with which our modern and its literature seem puny and trivial.” – HENRY DAVID THOREAU

The Complete Set of Srimad Bhagwatam

The timeless wisdom of India is expressed in the Vedas, ancient Sanskrit texts that touch upon all fields of human knowledge. Originally preserved through oral tradition, the Vedas were first put into writing five thousand years ago by Srila Vyasadeva, the “literary incarnation of God.” After compiling the Vedas, Vyasadeva set forth their essence in the aphorisms known as Vedanta-sutras. Srimad-Bhagavatam (Bhagavata Purana) is Vyasadeva’s commentary on his own Vedanta-sutras. It was written in the maturity of his spiritual life under the direction of Narada Muni, his spiritual master. Referred to as “the ripened fruit of the tree of Vedic literature,” Srimad-Bhagavatam is the most complete and authoritative exposition of Vedic knowledge.

Bhakti-rasamrta-sindhu is his literary masterpiece, a classic of devotional literature composed in Sanskrit and describing the complete science of bhakti-yoga, or linking with the Supreme through transcendental loving devotion.

Eleven lessons in the ancient science of bhakti-yoga: this concise guidebook of essential spiritual teachings. How to choose a guru, how to practice yoga, even where to live—you’ll find it all in this invaluable work originally written in Sanskrit by Rupa Goswami, the greatest spiritual genius of medieval India.

Sri Isopanishad‘s mantras direct our attention toward how the Supreme Person is the complete whole of existence, and that all manifestations emanating from Him—including our bodies and the world we inhabit—are also complete in and of themselves. The Isa—”supreme controller”—for whom Isopanishad is named.

The collection (samhita) of prayers spoken by Brahma at the beginning of material creation, after the Supreme Person Krishna gave Brahma a divine vision of the spiritual world. Brahma, in his amazement, speaks volumes of divinely inspired praise before beginning his work of creation.

Teachings of Lord Chaitanya is an introduction to the most advanced and esoteric subjects contained within Krishna conscious philosophy, as presented by Chaitanya Mahaprabhu. The text is a summary of the multi-volume biography Chaitanya Charitamrita, which contains revelations of the science of God found in any scripture.

The saintly Queen Kunti knew well that crisis evokes our sense of dependence on divine mercy. She endured assassination attempts, multiple plots to kill her sons, and then all-out war, and her prayers show that even the most extreme situations can be beneficial, since prayer unites us with God.

Kapila Muni is one of the 12 leading authorities in the Vedic tradition. His system of metaphysics and spiritual knowledge—Sankhya—forms an important part of India’s philosophical heritage. This book covers the characteristics of a self-realized person, the science of meditation, and the process of ultimate liberation from material existence.

This is a summary study of the tenth canto of the Srimad-Bhagavatam, that focuses on Krishna Himself and His activities when He appeared on earth five thousand years ago.

Sri Chaitanya-charitamrita is the main work on the life and teachings of Sri Chaitanya Mahaprabhu, the incarnation of Krishna who appeared in India five hundred years ago. Lord Chaitanya introduced the chanting of the holy names of God as the prescribed method of God-realization for our time. He began what is today called the Hare Krishna movement, since the movement’s founder.

The book contains a conversation between the Hare Krishna movement’s founder Srila Prabhupada, John Lennon, George Harrison, and Yoko Ono on what makes a mantra genuine and effective. It also discusses the scriptural origin of the mantra, as well as step-by-step instructions for chanting.

A Peace Corps worker, Bob Cohen, traveling in India meets a sadhu and asks many questions and for the first time in his life gets perfect answers for his questions.

Explains how, using subtle, spiritual energy, anyone can travel to other planets and see the wonders of material creation. Also, those who wish to may travel beyond the material creation to the spiritual world, the ultimate destination, from which one never has to return to the limited world of matter.

This short (97 pages) book presents the need for a connected, holistic worldview, and the profound benefits that come from acting with full awareness of our true selves, our place in the world, and the divine origins of both that world and ourselves.

Near-death experiences (NDEs) are not new phenomena; the Srimad-Bhagavatam, written thousands of years ago, recounts this NDE occurring in the much deeper past. This book includes the original Bhagavatam verses outlining Ajamila’s NDE.

We are experiencing birth and death, but actually we are beyond birth and death. We are eternal spirit souls, but according to our work and desires, we are transmigrating from one body to another. This is the science of reincarnation.

PRAHALAD – The Story of great devotee of the Lord

Lord Jagannath – The Lord of the Universe

GAJENDRA – The King of Elephants

Ajamila – An Inspiring Story from a Vedic Literature.

The Wonderful Adventure of Hanuman

Values of Life – Based on the Knowledge From Holy Scriptures

Making these Vaisnava texts available is one of Srila Prabhupada’s greatest contributions. Apart from the masses, his books have also reached well into academic circles and have spurred academic interest in the Chaitanya tradition.

A person who is constantly engaged in reading (authorized Vedic) literature enunciating the cultivation of Vaisnava devotional service is always glorious in human society and certainly Lord Krishna becomes pleased with him.
(Nectar of Devotion 12) 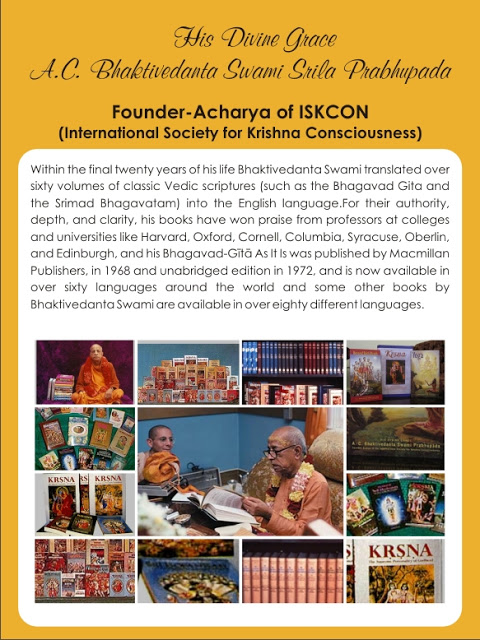 IMPORTANT: All efforts will be made to supply your request at the earliest...subject to stock availability

For any books or upcoming book distribution event related inquiries, please email us or use this contact form

Help us reach those who are in the need

Opportunity for everyone to participate directly in the missionary activities of distributing Srila Prabhupada’s books by sponsoring them to those who cannot afford it. We place donated books in locations where they are properly kept and read, such as Libraries, Hotels, some waiting rooms and other public areas.

Either you can distribute the books yourself to your friends, relatives, colleagues, etc. or inform us if you may prefer ISKCON Brampton to distribute them on your behalf.

* Leave us a note when (or after) you make a donation. 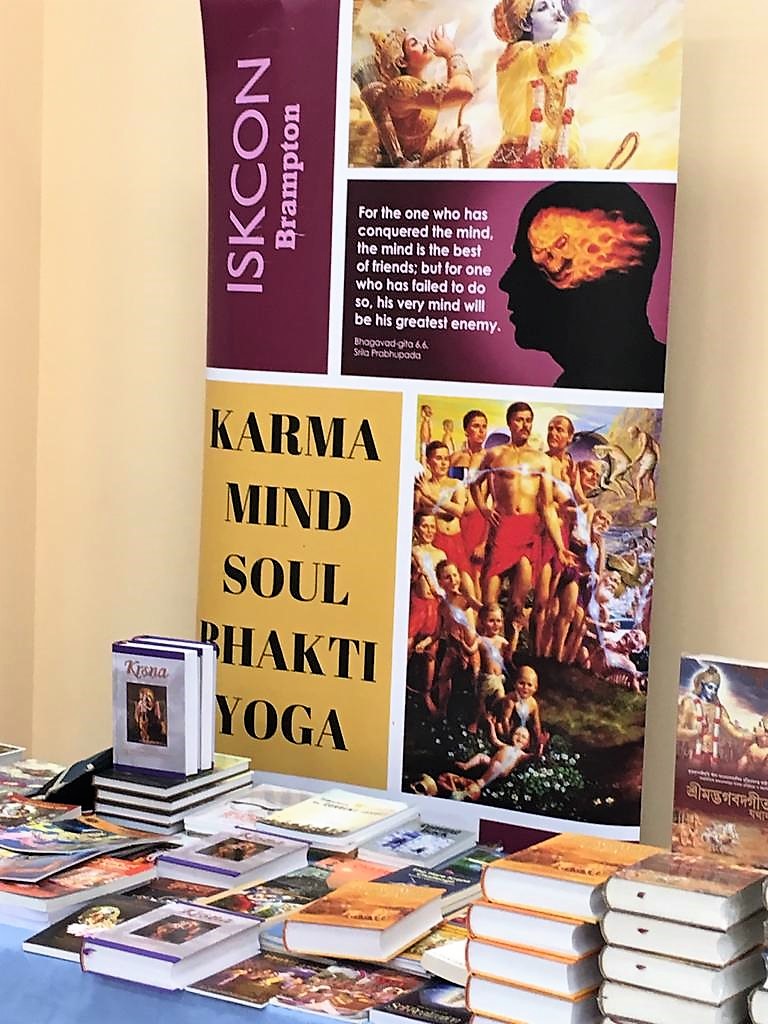