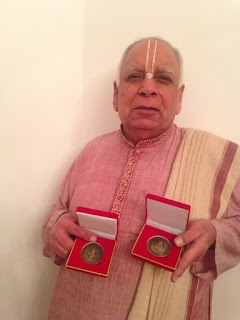 About His Grace Subhavilas Prabhuji: It has been over 40 years since he joined ISKCON. He saw devotees chanting on the streets in Toronto and was immediately attracted. He started going to the temple, which at that time in the late 60’s was in a small house.He met Srila Prabhupada first time in Chicago.

Srila Prabhupada instructed him and Visvakarma Dasa to secure the current ISKCON Toronto temple and had the great fortune to assist Srila Prabhupada’s mission in this manner.He used him as his instrument again to help secure the ISKCON Chicago temple where Sri Kishor Kishori reside today. There were many temple openings and festivals that he has been blessed to coordinate and be a part of in the early days of ISKCON.

After his brahminical initiation by Srila Prabhupada, he had the privilege to serve ISKCON in many ways including:
Vice President of ISKCON Toronto in the 70’s;
President of ISKCON Chicago in the early 80’s;
Zonal Secretary for USA mid-west in the 80’s; and
GBC(Governing Body Commission) appointed him as Global  Coordinator for Community Relations in the 90. 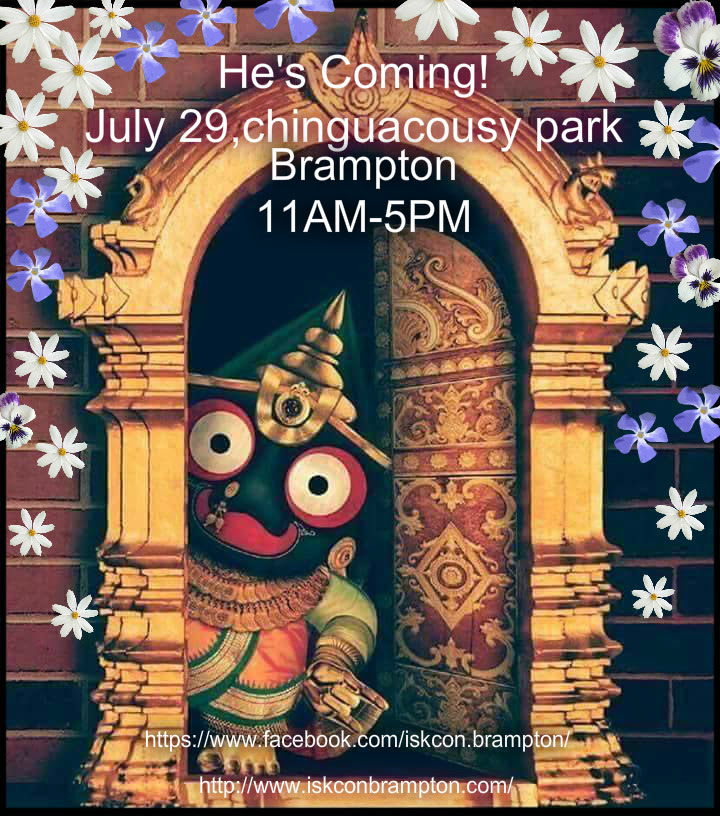